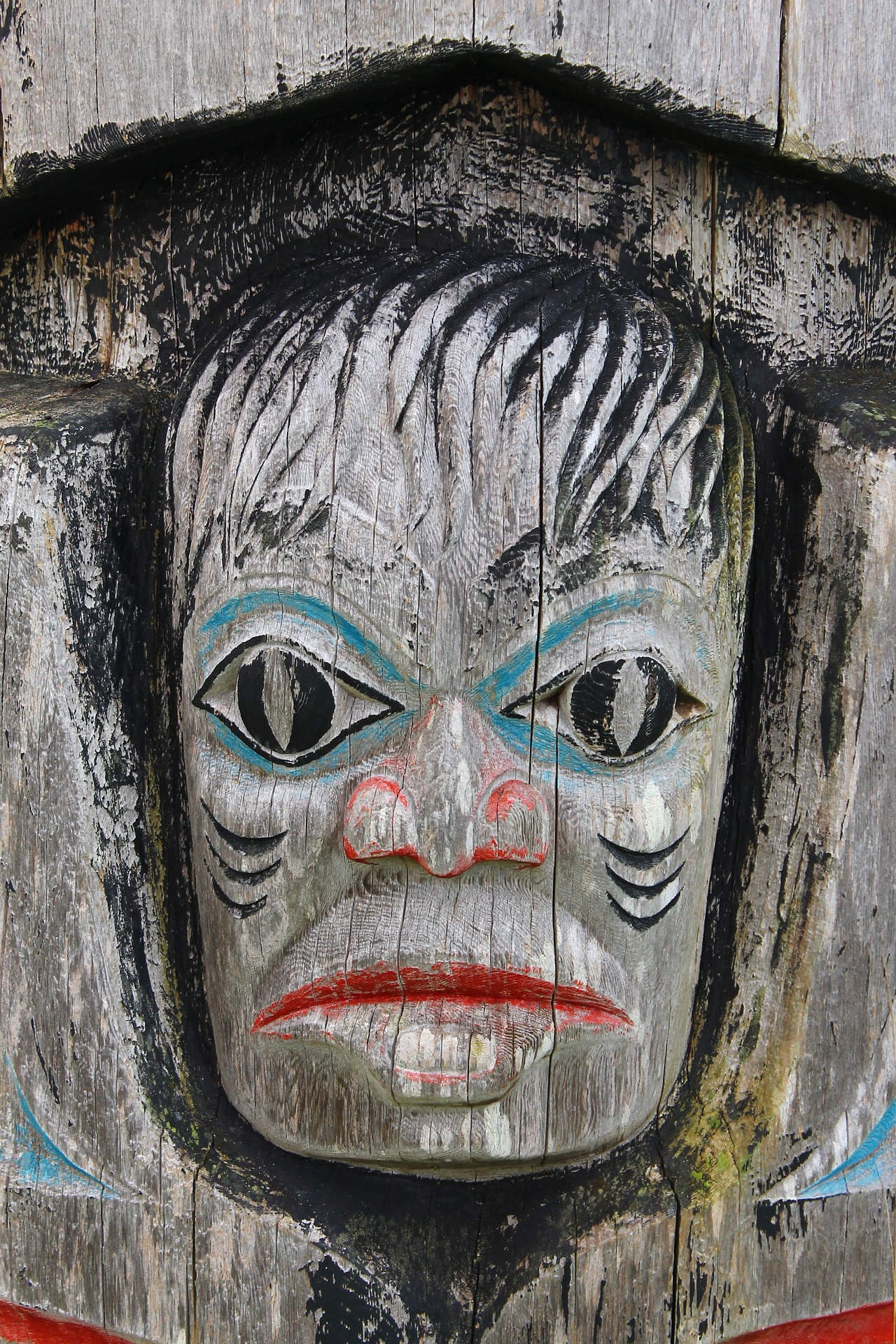 The story of the Pig War is a story of diplomacy. Or a story of imperialism. Or geography.

It’s a story about a thing not happening. A path not taken, while a thousand other paths were irrevocably being taken. And what sort of history is this?

A National Park was established on San Juan Island in 1966 to commemorate a triumph of peaceful diplomacy. That same story is the primary occupation of The Pig War: Standoff at Griffin Bay, by Mike Vouri, and the preoccupation of the National Historic Park up till the present day.

It is only in recent years that American public history, and the National Park Service, have looked meaningfully at a history that stretches beyond white males, even past the United State of America.

American Camp and English Camp are, in a sense, the marks of a fifteen year aberration. Long before, during, and after the joint occupation, the Salish Sea was the crossroads of different people, with different borders, different cultures, different conceptions of property and honor, war and riches.

The Lummi and a constellation of Coastal Salish people, with the help of the sea birds, built a seashell midden at a sheltered place now called Garrison Bay. This massive and ancient deposit of crumbled shells many feet deep and acres wide created a grasslands between the water and the wooded rise beyond. This peaceful harbor was selected by Royal Marines to construct a camp of occupation, completed by their own exquisite symbol of home: a razor sharp English garden.

At the other end of San Juan island, on blustery ridge-tops, American infantry moved earth. Massive earthen bulwarks rose up to hold guns from the decks of the USS Massachusetts. These cannon would command views across the waters below in three directions: from the Island named after George Vancouver in the West, to the south the Strait of Juan de Fuca from which rose a mountainous peninsula, and still another range to the East, with a snow-topped peak named for Baker, a lieutenant of Vancouver’s. A veritable tyranny of English and Spanish names.

These mountains and islands long predated these names and these people and these nations. The small, power-mad men who blustered against one another – like the empty wind through the grassy ridges – threatened war, and insulted each others race, as if one person’s blood could run any different than another’s. They were calmed, at any rate, or ignored and shipped away to places where they would do less harm, and patient old men prevailed, old warriors grown fat and bald and calm. These men looked at an island and saw only what was there before them. Or perhaps they were weary of fighting. These old men had the patience of experience, and so they waited.

From another side of the world, more old men talked and others argued, and still others went off to join other wars, to spill some blood at last. The diplomats and national leaders cared little for the distant islands of San Juan. Not enough to make war for. These were men well versed in fighting colonial and imperial wars, but to fight another white man, someone who spoke the same language, over title to these remote islands?

In a story like that of the Pig War, a war that never happened, a story that fits on the back of the menu, the context is the thing. In the writings and events, we see the fabric that created this dispute, defined it and concluded it. Conceptions of masculinity defined by a willingness to make violence, an ugly thing cloaked in terms like Civilization, Patriotism, and a “Flaccid Race.” Beside these qualities as strutting masochists, we must consider the role of xenophobic settlers, if such a contradiction can be stomached.

For what is most striking throughout the narrative of Pickett and Harney, Douglas and Griffin, Baynes and Scott, are the people unnamed. In the comings and goings of the HMS Satellite and the USS Massachusetts what passes unnamed are wooden canoes.

Drunk men, sleeping in canoes on the beach. Sex workers, streaming into the whiskey poached San Juan town. Sheep herders. Salmon preservers. Slaves and slavers. Raiders and wives. The English, when they came to build their camp, disassembled old cedar longhouses. The American soldiers, when they sought to inflate their own self-importance, drummed up raids by the Indians of the North, the Haida and Tlingits of Russian America, northern British Columbia, and the Islands then named for a Queen Charlotte.

Not two years before the killing of a certain pig, Isaac N. Ebey was decapitated at his settlement on Bainbridge island by Tlingit raiders. Those Tlingit sought revenge for the death of a chief, unnamed, in the “Battle” of Port Gamble under the guns of the USS Massachusetts.

An unnamed Haida Indian shot in San Juan town by “some rascal”, surrounded by mourners for days on end. Pickett issuing provisions to the widow to stave off retaliations.

During the joint occupation, the British mounting a bi-national patrol to arrest a murderer by the name of William Andrews, who had killed two unnamed native people. He was identified by native witnesses and expelled from the island.

Not long after, in 1873, a man of native and pacific islander heritage would be publicly executed in Port Townsend for killing two white people.

An offhand remark from Pickett, regarding an Indian arrested for robbery: “I doubt if a northern Indian can be considered a British subject.”

These are the stories that show the world of the Pig War. A world shot through with violence, dominated by the color of skin and gender. Elsewhere at this time, filibusters declared themselves destiny manifest. Elsewhere, the small island of Britain dominated the titanic population of India, and gouged China for its riches. Elsewhere, men fought a war for the right to hold slaves.

In my mind’s eye, I see Pickett, sneaking away and across the continent. Passing through New York incognito, his son long since discarded, the perfumed traitor rushing to a rendezvous with infamy.

The story of the Pig War is the story of a single war avoided in a world seething with conflict. Two self-satisfied empires seized lands and displaced occupants (Link Warning: Explicitly Racist Content) and did so without fighting one another in that particular corner of the world. They celebrate this peaceful, mutual annexation to this day. As they had done at the Treaty of Paris, at the Treaty of Ghent, the Treaty of 1818, the Oregon Treaty, and so many others, the English crown and her American cousin honored one another, and made elegant peace as they carved up a continent politely. Graciously. Honor intact.

The stubborn figure at these signings is the person not there. The counterpoint to this gentlemanly diplomacy are the treaties dictated to indigenous people. Here is the stark reminder of the road that was taken and the the war that was fought.

2 thoughts on “A History of Unnamed Persons”